Speaking following comments made by the Taoiseach today, Sinn Féin President Mary Lou McDonald has said:
“The disrespect shown by Leo Varadkar and Fine Gael knows no bounds.
“Retiring from a lifetime of work at 65 is not an ‘early retirement’ as the Taoiseach has described it.
“I think his remarks will anger a great many people.
“Leo Varadkar clearly has a poor view of people that have spent decades working hard and paying taxes to fund this State. They also pay his considerable salary and pension, as it happens.
“This really smacks of the ‘let them eat cake’ attitude that the Taoiseach has demonstrated during his time in politics.
“Sinn Féin is standing up for 65 year olds who wish to retire.
“They are entitled to the respect and dignity of finishing work on a State pension, and Sinn Féin is the only party committed to bringing the pension age back to 65.
“That is what is fair, just and in line with the values of the vast major of the Irish people.” 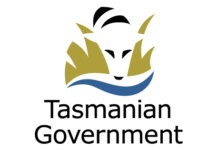