–  having regard to Article 283(2), second subparagraph, of the Treaty on the Functioning of the European Union, pursuant to which the European Council consulted Parliament (C9‑0149/2019),

–  having regard to its resolution of 14 March 2019 on gender balance in EU economic and monetary affairs’ nominations(2),

–  having regard to Rule 130 of its Rules of Procedure,

A.  whereas, by letter of 16 October 2019, the European Council consulted Parliament on the appointment of Fabio Panetta as Member of the Executive Board of the European Central Bank for a term of office of eight years, with effect from 1 January 2020;

B.  whereas Parliament’s Committee on Economic and Monetary Affairs then proceeded to evaluate the credentials of the candidate, in particular in view of the requirements laid down in Article 283(2) of the Treaty on the Functioning of the European Union and in the light of the need for full independence of the ECB pursuant to Article 130 of that Treaty; whereas in carrying out that evaluation, the committee received a curriculum vitae from the candidate as well as his replies to the written questionnaire that had been sent to him;

C.  whereas the committee subsequently held a hearing with the candidate on 3 December 2019, at which he made an opening statement and then answered questions put by the members of the committee;

F.  whereas on 17 September 2019, Parliament delivered a favourable opinion on the Council recommendation to appoint Christine Lagarde as the first female President of the European Central Bank;

G.  whereas women continue to be underrepresented in the Governing Council of the European Central Bank; whereas Parliament deplores the fact that the Member States have not taken this request seriously and calls for the national and EU institutions to work actively towards achieving gender balance in the next nominations;

H.  whereas all EU and national institutions and bodies should implement concrete measures to ensure gender balance;

1.  Delivers a favourable opinion on the Council recommendation to appoint Fabio Panetta as Member of the Executive Board of the European Central Bank;

2.  Instructs its President to forward this decision to the European Council, the Council and the governments of the Member States. 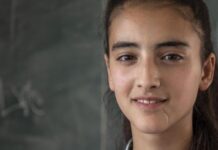 MIL-OSI New Zealand: We should never give up on our rights