The pilots of the Baltic fleet took part in the second joint rehearsal of the ceremonial flight of aircraft over Kaliningrad before the Day of Victory. The first joint training of naval aviation took place on 28 may.

Today in the sky over the center of Kaliningrad flew 20 aircraft and helicopters: su-27 fighters and multi-role fighters su-30CM, frontline bombers su-24M, shock and transport-combat helicopters Mi-24 and Mi-8, naval anti-submarine and search-and-rescue helicopters Ka-27 and KA-27PS. The altitude of combat vehicles ranged from 150 to 300 meters at speeds from 160 to 550 km/h depending on aircraft type.

The aircraft took off from three airfields in the oblast of Kaliningrad Chkalovsk near Kaliningrad and Chernyakhovsk, and from a military airfield in the village of Donskoye.

Before the Day of Victory marine pilots of the Baltic fleet will conduct a dress rehearsal, which will take place on may 7.

EDITOR’S NOTE: This article is a translation. Apologies should the grammar and/or sentence structure will not be perfect. 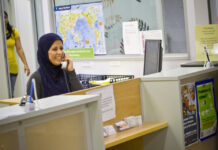 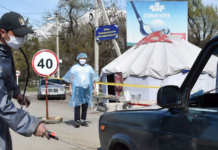