The State’s first aquatic reserve is celebrating its 40th anniversary, as a pivotal resource for marine education for all.

The area was protected for educational and scientific purposes.

“The Long Reef rocky shore is uncommon as it has a wide range of exposed and sheltered habitats around a large headland, including one of the most extensive intertidal rock platforms in NSW,” Mr James said.

“More generally, it is valued by the community for a variety of activities including walking, exploring the rock platform, swimming, fishing, snorkelling, scuba diving, surfing and boating.

“One of Australia’s pioneering marine biologists, Isobel Bennet, described Long Reef as a ‘living museum’, which probably provided more microhabitats for marine animals to breed than any similar area on the coast.

“We are so incredibly fortunate to have this ecologically significant reserve right here in our own backyard.”

The Reserve extends over 80 hectares, along the shore from Collaroy rock baths south to Long Reef Surf Lifesaving Club and out to 100 metres offshore.

Northern Beaches Mayor Michael Regan said the Long Reef rock platform is a focal point for marine education and research with thousands of school children, university students and the public visiting the aquatic reserve each year to learn about intertidal animals and plants.

It has been a scientific research site for universities and the Australian Museum for over 70 years.

“Long Reef is a magical place that is loved by many people for many different reasons. It’s a place for recreation and reflection but also plays a critical role in research and education,” Mayor Regan said.

“Hundreds of schoolchildren each year get to discover its wonders through the Council’s Coastal Environment Centre’s education programs ensuring the passion for this extraordinary place lives on through future generations. The readily accessible rock platform brilliantly facilitates education about the need for protecting and conserving our natural environment.

“The area plays an important role marine conservation, with dedicated Fishcare, Reefcare and other volunteers all involved in its ongoing protection.” 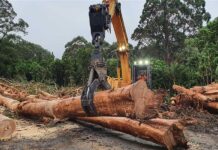 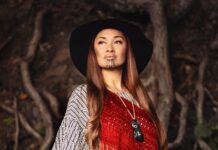