The government official made the statement at a meeting with leaders of five Mekong Delta provinces in Can Tho on June 30 in a bid to remove difficulties for projects using ODA capital and concessional loans in these provinces.

Deputy PM Minh emphasised that the Government considers the acceleration of the disbursement of public investment, including ODA capital, as one of the most important solutions in restoring the economy from the impacts of the COVID-19 pandemic.

The five Mekong Delta provinces of Can Tho, Bac Lieu, Vinh Long, Ben Tre and Long An received 23 ODA projects with a total loans of US$641 million in the 2016-2020 period, accounting for one third of the total ODA poured in the Mekong Delta region.

Deputy PM Minh said that the ODA disbursement progress in the five provinces was very slow in the first six months of 2020, thus, they should clarify the bottlenecks of each project and raise high their determination to speed up these projects by the end of this year.

Leaders of the five provinces pointed out several difficulties during the disbursement progress with a focus on land clearance, the adjustment of technical solutions, and the adjustment of investment scale of some items of each project, among others.

The Deputy PM also emphasised that the implementation of new ODA projects must be carried out in parallel with the preparation process for the project, especially the arrangement of cleared land to hasten the progress of the projects. 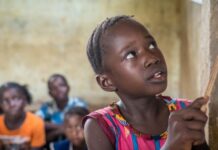