Anatoly Ivanishin is now aboard the International space station.

Test cosmonaut Anatoly Ivanishin, while on Board the International space station, took part in online voting on amendments to the Constitution of the Russian Federation. He became the first person in the world, voted from earth orbit online.

Electronic voting ended on the evening 30 June at 20:00. It was attended by more than 964 thousand Muscovites, the turnout was 93,15 percent. The electronic vote counting will begin simultaneously with the others after the polls closed on 1 July.

System for online voting is carefully tested and has been praised by Russian and international experts. All voices in the system are anonymized and encrypted — security and transparency provided the technology of the blockchain.

Primary election day: in Moscow has opened the pollsSergei Sobyanin took part in electronic voting on amendments to the Constitution

EDITOR’S NOTE: This article is a translation. Apologies should the grammar and or sentence structure will not be perfect. 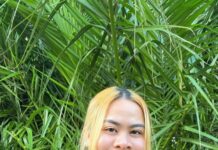 MIL-OSI Australia: Second $750 Economic Support Payment is on the way