Taipei, June 29 (CNA) Despite the COVID-19 situation subsiding in Taiwan, the government will continue to requisition 8 million surgical face masks per day until the end of July, an economic ministry official said on Monday.

The official, who asked not to be named, told CNA the requisitioning effort has been extended for another month from the originally intended June 30, following a recent inter-ministerial meeting.

The decision was made considering the pandemic situation continues to be severe in much of the world, the official said, adding that the move was to assure Taiwan has a sufficient stockpile of face masks in case the number of infections flared up again.

The government has been requisitioning all medical face masks manufactured in the country since Jan. 31, and implemented a rationing program for the public, limiting each buyer to three masks per week and later to nine per fortnight.

In the months since rationing was introduced, the daily production capacity in Taiwan’s manufacturing facilities has been ramped up from 1.88 million to around 20 million face masks.

Under the new policy, the government will continue to requisition 8 million masks per day, while lifting sales and export restrictions on the remaining 60 percent of the capacity.

According to the official, the daily quantity of masks requisitioned by the government will remain unchanged at 8 million. 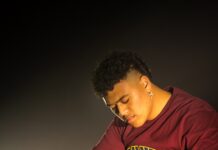