The participants of the all-army competition Voyenno-professional skill “Warrior of peace” held within the international Army games-2020 was submitted to the jury 70 creative service in the course of literary art and creative dance stage “Gentleman (Lady)”, which ended in the District house of officers of the Central military district in Yekaterinburg.

In the third stage of the competition representatives of 13 teams competed in four categories: song, dance, playing musical instruments and declamation. The jury presented the soldiers with 70 rooms, which were assessed on several criteria: stagecraft, originality and artistic room decoration and the judges evaluated the vocal, dance and oratory data of the contestants.

The program of the competition “Warrior of peace” is planned for the five stages. In addition to ending the intellectual stage of “Scrabble”, military-sports “Athlete” and creative “Gentleman (Lady)” participants will identify the strongest in the fire and military training on the stages of the “Sniper” and “Professional”.

In total, the competition involved 78 soldiers from the 13 teams in the Central, Western, Eastern and southern military districts, the Northern Fleet, Air and space forces, strategic Missile forces, airborne forces, the 12th Main Directorate and the Military University of the defense Ministry and the Moscow higher military command school, the Ministry and the National guard.

EDITOR’S NOTE: This article is a translation. Apologies should the grammar and/or sentence structure will not be perfect. 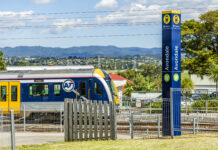 MIL-OSI New Zealand: Plan ahead for the Western Line closure from Friday to Sunday