Major rivers and lakes in China have seen their water levels rise due to continuous downpours, local authorities said on Sunday.
In central China’s Hubei Province, as of 7 a.m. on Sunday, water at six rivers had exceeded the warning level after heavy rains continued to lash the province, said the provincial flood control and drought relief headquarters.
Meanwhile, water at three lakes has exceeded the warning level and has risen above the guaranteed level at another two lakes. The guaranteed water level refers to the upper limit of the safe water level.
Hubei’s nine major reservoirs have also exceeded safe limits.
According to the local emergency management department, as of 7 a.m. on Sunday, intense rains since Friday had affected 58,200 people, displaced 1,220, and caused direct economic losses of 60.34 million yuan (about 8.6 million U.S. dollars) in the cities of Jingmen, Xiaogan, and Huanggang.
Meanwhile, Poyang Lake, China’s largest freshwater lake located in the eastern province of Jiangxi, has seen its water level rise to a record high on Sunday, according to the provincial department of water resources.
At around 12:00 a.m. on Sunday, the water level at the lake’s Xingzi hydrological station rose to 22.53 meters, 0.01 meters higher than the record in 1998, and continued going up, said the department.
A recent round of rainfall and upstream inflows have led to a sharp rise in the river water level in Jiangxi. The incessant downpours have also pushed the lake water to exceed warning levels since July 5.
So far, 34 hydrological stations in the province have seen water currents exceed warning levels.
The Changjiang Water Resources Commission issued a red alert for floods in the Poyang Lake area on July 10, and a day later Jiangxi Province raised its flood-control response from Level II to Level I, the top level of China’s four-tier emergency response for floods.
Floods since July 6 have affected over 5.2 million people in the province, with 432,000 people evacuated from flood-prone areas. A total of 167,000 people are in urgent need of living assistance. The floods have also damaged over 455,700 hectares of crops and caused a direct economic loss of 6.49 billion yuan (nearly 930 million U.S. dollars).
On Saturday, more than 53,300 people were mobilized in fighting the floods in Jiangxi, aided by 1,545 sets of mechanical equipment.
In addition, water at one of the hydrological stations at China’s second-largest freshwater lake has exceeded the guaranteed level due to continuous rainfalls and upstream inflows.
At about 3 a.m. on Sunday, water at the Chenglingji hydrological station of Dongting Lake, in central China’s Hunan Province, reached 34.56 meters, 0.01 meters higher than the guaranteed level, according to local authorities.
On July 4, water at the Chenglingji hydrological station rose to the warning level of 32.5 meters and continued going up. The station is forecast to have a peak water level of 34.65 meters between July 13 and 14.
At around 5 p.m. on Saturday, Yueyang City, where the hydrological station is located, lifted the emergency response to floods to Level II.
Across Hunan Province, 42 hydrological stations have seen water currents exceed warning levels due to the heavy rainfalls, starting from June 28.
The floods have affected over 5.3 million people in the province, damaged about 489,500 hectares of crops, and caused a direct economic loss of 10.6 billion yuan.
A total of over 12,000 people have been mobilized to fight the floods in Hunan. 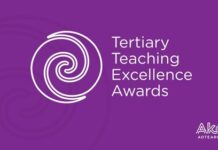