Kimberly Libatog was 16 years old when she moved to New Zealand.

Three years ago, Kimberly Libatog and her four younger siblings moved from the Philippines to Hawke’s Bay, where her parents were already living. Kimberly had been learning English at school but understanding Kiwi slang and joining conversations was a different thing altogether.

While striving to complete her last year at high school, she decided to enrol on a level 4 NZ Certificate in English Language at EIT to catch up on her language skills. “It was the best decision ever. I learned how to write essays, to have proper conversations and understand what people were telling me,” Kimberly says. Building friendships with people from all over the world was an added benefit. “We were all struggling and shared the same story of starting a new life here in New Zealand. That experience created a special bond between us.”

Since she was a little girl, Kimberly’s dream has been to study business. “My dad had moved to New Zealand years before my mum and we did, so mum started her own little ice candy business to get us through. She is a trained nurse but was really successful with her venture and I really admired her.”

Kimberly completed the English course with flying colours, which gave her the confidence to apply for a level 5 Diploma in Business. “I had gained experience in engaging with people, giving presentations and writing correctly. I knew I had the ability to make it.”

Kimberly’s ­days are packed from morning to night. She studies, goes to the gym, and spends time with friends and family. On top of that, she does six night shifts a week in a Thai restaurant in Ahuriri. On the weekends she works in a rest home as a caregiver like her mother.

Over the years Kimberly has become quite “Kiwi”. “I have a lot of Kiwi friends. I have also learned a lot about Māori culture ever since I joined the kapa haka group at high school. I’ve really settled into life here. I think it’s just easier in New Zealand to achieve my dreams. I feel safe and there is a lot of support.”

Next year, Kimberly will trade quiet Hawke’s Bay for Auckland’s big city life. “I plan to complete my studies there, and I’m sure that I will really enjoy all the hustle and bustle.” 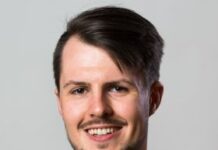 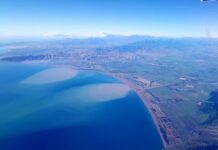